Hey, blogspot readers, it was just announced: Pete Yorn is coming to Double Door for a solo acoustic performance. The "You and Me Acoustic" title is a nod to Yorn's 2006 Nightcrawler tour, which found the artist performing solo acoustic at indie record stores in every city his band stopped in, and releasing the performances as a series of live EPs.

Pete Yorn's discography spans across albums, EPs and collaborations; after completing his 2001-2006 LP trilogy consisting of musicforthemorningafter, Day I Forgot, and Nightcrawler, Yorn released Back and Fourth and and Break Up, a collaboration with Scarlett Johannson, in 2009. His most recent self-titled solo album was released in 2010, and since then, Yorn founded the indie rock band The Olms. Pete Yorn's You and Me Acoustic set promises to span his entire career.

Tickets for this show go on sale Friday, August 8th at 10am via Ticketfly.com and DoubleDoor.com. Bookmark the link: 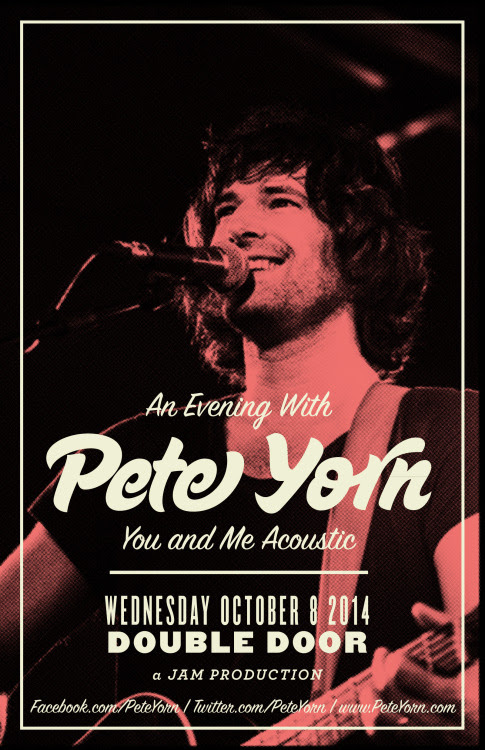 Until next time, support your local scene,
SouthSide﻿
Posted by SouthSide of Chgo at Thursday, August 07, 2014

Thank you for your feedback - SouthSide